Becoming a new CEO in a key anniversary year – learnings, opportunities and insight with James Thorne 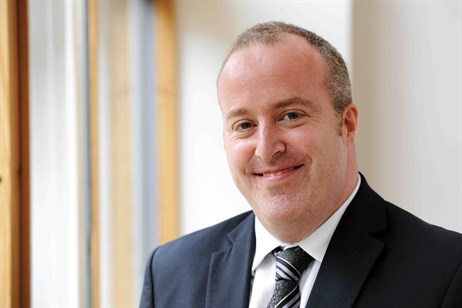 The Institute of Quarrying (IQ) were looking for a dynamic leader who could lead the organisation through a period of transformation and they trusted us here at Peridot Partners to find their new CEO. We recruited James Thorne. This is an in-depth interview with James about the opportunities and the challenges he faced coming into his first CEO role.

James Thorne was a first-time CEO, with limited experience in the sector he was joining, coming into an organisation that was undergoing considerable transformation while also celebrating its centenary year.

James had joined the Institute of Quarrying to lead a small but high performing organisation of just 10 people. Coming from Institution of Occupational Safety and Health (IOSH) where, as Executive Director of Membership, his department totalled over 50 people. The difference in resources available was huge. He could have seen the size as a barrier.

Instead he saw it as a massive opportunity.

Highlighting how important the centenary was for the organisation, their members and partners, James started as key activities were coming to fruition- knowing that they’d only get one shot at producing a high-quality calendar of events and resources. He was also having to do all the usual things that you do as a new CEO.

It gave him the opportunity to recognise what the Institute had done over the last 100 years while also having a board who are open to new ideas, who wanted to drive the organisation forward – essentially reflecting backwards but look forward.

The Institute of Quarrying is a fascinating membership organisation with an ever-evolving agenda, changing as advancements in technology grow. When they started, the technology was ropes and baskets, it was pre-combustion engine time. The industry has, in line with society, seen a transformation in technology and data which presents many opportunities but also means a key role for the Institute in supporting skills and competence development. The health and safety agenda remains a priority for the industry with an increasing understanding of the importance of the health and wellbeing agenda.

For James, this harks back to the ability to be able to horizon scan and see what’s coming and develop strategy that takes this sort of transformation into account. It is key to being able to support the membership properly.

Listening to your membership organisation

The Institute of Quarrying have a membership of over three and a half thousand in the UK alone, who are passionate about the industry and who want to see how the institute can add value to their careers – at whatever stage that they are at.

“So I think that listening to what it is that they face as challenges within their day to day working life and how we can help support them in overcoming those challenges and how we can give them tools and resources to enable them to develop their careers is a huge part of what we need to do.”

It is up to James and his teams to deliver real support to members to help them do their job better and to see what they can achieve in the next 100 years. They need to be agile to understand these needs and provide relevant and timely support.

They’re looking at technology, AI and automation with the competing pressures around things like sustainability, health, safety and wellbeing agenda.

Being a first time Chief Executive

It’s interesting to hear that, for James, it wasn’t about feeling lonely as a new CEO that was a worry, it was more knowing that it started with him-  as the one in charge – people looked to him for answers and leadership.

He describes his style as collaborative rather than autocratic, which means in practice, that he listened to what staff, members and stakeholders needed and wanted and shaped that into a strategy.

His first step as a new CEO was to revisit and review what the organisation is for, asking the question – what is its charitable purpose and are we delivering it?

His style is collaborative rather than autocratic. He trusts the people in the organisation to know their stuff – to be the experts, understand the data and to translate it into ideas or solutions.

“My belief is that leadership is about giving people the space and opportunity to put forward their ideas and empower them to deliver on those ambitions.”

For James, this is all about empowering the people he works with to own their ideas and projects – giving them the responsibility and drive to make a difference in the organisation. He sees his role as providing support and challenge (when needed) to ensure that the idea or project is robust and meets the business objectives.

“I’m always of an opinion that two heads are better than one on these things. I think ultimately, I bear the responsibility. I’m happy to do that. But I want it based on the fact that there has been good, decent discussion about what we’re trying to achieve and what are the best ways of doing that.”

I suggest that he has quite a coaching style of leadership which prompts James to talk about his old boss and the impact he had on him – someone he regards as a mentor.

He describes him as someone who is open to ideas – helping to build them into a bigger picture. He was someone who James went to when he was deciding to apply for this role because he knew that he’d give objective and honest advice.

It wasn’t a step up becoming a CEO, it was a step forward – about how James could challenge himself. Complacency is something that he isn’t comfortable with.  The difference in the size of organisation compared to IOSH isn’t something that is a barrier. It’s about the people.

“I think if you have a good team of people around you, committed to what they are doing, engaged, then you can achieve a hell of a lot.”

And that’s what he’s found at the IQ.

He acknowledges that you need to be more creative. As CEO, he needs to roll up his sleeves, do multiple roles but this is a positive – ‘it means I’m totally embedded within the organisation’.

He’s keen for that not to happen at the IQ and this is reflected in his hands-on approach. It also means he has a clear understanding of where there are organisational challenges and opportunities.

Having a benchmark of achieving ‘something’ or defining your first 100 days is a concept that James fundamentally disagrees with. For him, it feels counterproductive and goes against his business intuition and understanding of human nature. It’s around understanding what drives people, why they do what they do and their motivations.

“What are the things that, perhaps, create problems for them, or create issues for them and inhibit them in doing the best they can?”

And that takes time to understand. Not just them as individuals but also how they work as a team. It’s being mindful about understanding dynamics and how to get the best out of people. We discuss how, as humans, we build links quickly and sometimes quite superficially but how being consistent in an approach and showing commitment has more integrity.

“But trust, and I use the word “trust” … Is it really trust, will it really qualify? That takes time to build that trust. It’s very easily lost. And I think that does take time. That’s not a quick process. I think it does take several months to get in place.”

It’s about intent and how people go about things, which is important to James.

When he was thinking about the role, he did a lot of research. He saw a great organisation but he also saw where he could add value. It wasn’t about being arrogant but more about his conviction that here was an amazing institute where he could support sustainability and evolution.

CEO and board relationship

Clarity and consistency are what James looks for in a board. He wants the challenge too, and to build positive relationships, but he eloquently talks about the board being guardians of the organisation and ‘I’m the custodian of the role at the moment’.

As a membership organisation, the board is primarily made up of members – so they’re highly engaged and passionate about what the organisation is trying to achieve. It’s clear that James appreciates the expertise they have in the industry and their ambition for the institute.

Transparency is another word he uses. The Chair is his ‘go to’ and is someone he’s developed a good working relationship with – that comes back to his point about consistency. Having someone who can be a sounding board member but who can also help the thinking around strategy.

It’s clear to me that being a CEO of a membership organisation is something that James sees a privilege. He sums it up:

“I think we have to continually adapt, change, and continue to show that value to our members. To show that we warrant their faith in us as an organisation. That we are a value to them as individuals in their profession and, therefore, to their organisation.”

James is a collaborative and curious leader.  His values are incredibly important to him and it’s important to be part of an organisation that reflects this. It’s also shows in the way he talks about building the IQ strategy.

I ask James if there is anything he’d have done differently in his career. He pauses and mentions Sir Clive Woodward, former England rugby coach. He said he was struck by the fact that he didn’t ever have a plan. It’s something that he aligns with. It’s his sense of curiosity and projects that corresponds with his values that are what drives him.

“What I’ve always done is sort of been attracted to things that interested me, and where I feel I could make a difference. And I suppose it’s always being open to new ideas, opportunities, not being too rigid, would be a key part of that I guess.”

He says the key is not to get too fixated on things, which means that he’s always open to seeing new opportunities. This is also useful helping him be able to step back and reflect on his achievements.

He understands that as a CEO – you’re always trying to do better, being more ambitious for the organisation and looking for the next project to move them forward but that for him there is value in reflecting first:

“Because I think otherwise you sort of life flashes by, all of a sudden you’ve got to your late 40s and you don’t know where it’s gone.”

Five ways to recognising achievements as a CEO:

Our Head of Membership and Development, James Hunt worked with the Institute of Quarrying to recruit James, matching their brief and helping to recruit a dynamic, values-led CEO.  If you’re interested in expert, thoughtful recruitment for a membership organisation, please do get in touch with James directly: membership@peridotpartners.co.uk 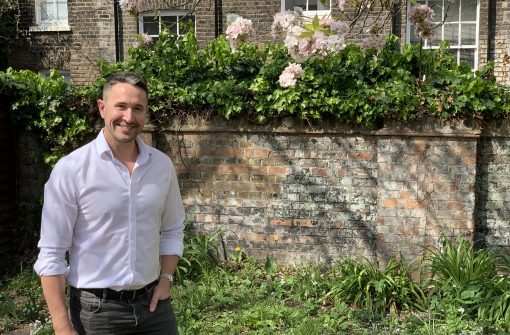 What does leadership look like in modern membership organisations?